Dla renewal turned down for my son. — Scope | Disability forum

Dla renewal turned down for my son. 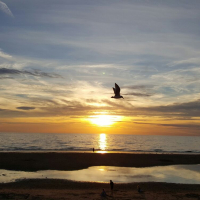 susie123 Member Posts: 17 Listener
October 2018 in PIP, DLA, and AA
Hi ramf dla today to ask about the renewal I sent in. They told me it had been turned down. When I asked why they said I would have to wait until I got the letter in a few days.  I was shocked by the refusal. My so. Is ten and had adhd and a few other problems. Filled in the forms, gave extra information and sent letters from both consultants and teachers. All which stated his problems and how they effected him. I really can't understand how after all this they can turn him now, he's no different to the first time we filled forms him, same problems are there,some even worse than before. I will be asking for a mandatory  reconsideration. He needs constant  supervision and promoting, aswell as loads of other things. we meet all the criteria even at the lower rate yet we've haven't been awarded anything. I am so stressed about this. Will the mandatory reconsideration be looked at by same decision maker? I sent lots of extra information they wanted. Please can someone advise?  I would be so grateful