veriterc Member Posts: 210 Pioneering
June 14 edited June 14 in Coffee lounge
If you have a garden, or outside space, no-one wants to waste time cooking big meals when you can be in the garden. Take a tip from the Greeks, Italians and the rest of the Mediterranean, and serve up big platters of cold salads, with hard-boiled egg  cold sausages, cold meat, cheese or any other 'main' to provide the protein, 'oomph'.

I am talking about these grapefruit-sized round green vegetables (not the knobbly Jerusalem artichokes, they are for another time).
It may seem funny that I feature Globe Artichokes this month -  but they are easy to cook, and can be eaten hot or cold, so are ideal to eat outdoors.
Artichokes are part of the thistle family and have been around since Henry VIII's time.  Beloved of the Victorian upper classes (who grew bushes galore in walled kitchen gardens), it is coming into shops now - but often avoided because it's 'strange'. However, I promise you, it is delicious and fun to eat!  On sale in smart greengrocers or, if you live out in the sticks and there is a Stately Home nearby, ask gardeners if there are any bushes in a corner.
You will need one Globe Artichoke per person and a saucepan with boiling water big enough to take however many artichokes you need.
Remove the toughest leaves from close to the base of each artichoke and trim the stem to about 1 inch long (or, on good-sized ones, remove the stem completely, so the artichoke sits flat on its base).
Place in a saucepan of lightly salted boiling water with a squeeze of lemon juice, or a splash of malt vinegar. Cook for around 20 minutes;  to test if it's done use oven gloves and carefully pull out a leaf from the middle - if it pulls away easily it's done. If you have to tug leaves out, cook for another 5 minutes. .As they get bigger and older you may need to cook them for 30 minutes.
Serve it with a dip of melted butter and squeeze of lemon to dip the leaves into, and mayonnaise or hollandaise sauce (recipe last month).

Melt 150 grams butter and whisk it, a little at a time, into an egg yolk until it has a loose consistency, like mayonnaise. Whisk in a generous squeeze of lemon juice and season with a pinch of salt and some pepper.

Boil as above, then slice them in half lengthways, tip to base. Brush with some olive oil and grill, cut side down, on the barbecue for a couple of minutes.
To eat, pull off the outer leaves, dipping them in sauce and suck or scrape away the fleshy bottom edge with your teeth. Discard the rest of the leaf (have ready a very large bowl for these), and work your way down to the tiny, papery leaves near the base, discarding these.
The base is a thick fat disc and absolutely delicious. Scrape away the hairy part of the choke from the base with a spoon, then tuck into the delicious heart.  Be careful NOT to eat any of the hairy bits, otherwise, you will find out what the 'choke' name means.
N.B. You can buy tinned artichoke hearts already prepared, and these make a glamorous addition to salads and other dishes, but you don't get the fun of 'sucking' the leaves! 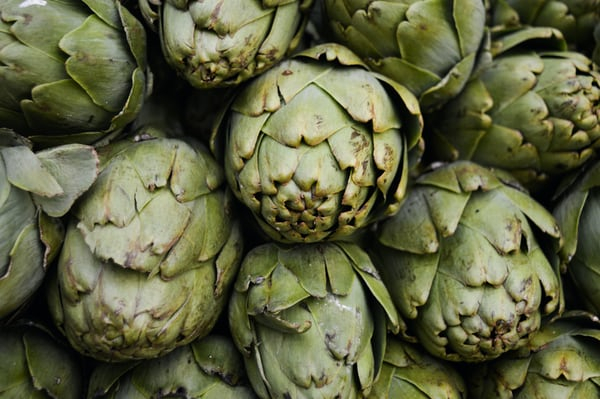 If we are going to be able to get out into the garden, it can be a faff taking out all the things you need for drinks.  So why not freeze 'grown-up' lollies, so you just carry out the cool box?
I found this in the Daily Mail, and think you could have fun adapting it for other spirits.  The BBC also has a recipe, but theirs blitzes the strawberries, sieves them to get rid of the pips, then mixes with the liquid:  I leave experimenting to you!
Don't drink?  Use fruit juices; to replace the spirit;  thickish ones work best such as orange, mango, strawberry, etc.
You will need ice lolly moulds and sticks - at least 2 per person!
This will make about  8 lollies - so double up according to the number of friends
Mix Pimms and lemonade.  Put fruit in the moulds then pour in the liquid around the fruit and freeze

Too tired to cook?

Try assembling all the ingredients, etc. that you will need, then leave them out on the preparation area for later. Have a rest, then come back and finish cooking.  Often splitting a task into two can be less tiring.

If you feel too tired to cook, you are not alone  Hilary Boone, of the charity Polio Survivors' Network, recently wrote:
Scrambling eggs, I suddenly realised I was using elbow rotation, not wrist rotation.... to work in the kitchen I have to stand up as my arms work best at 45 degrees down.
I often find difficulty explaining to Occupational Therapists why aids they offer won't work
And now I find Hilary doesn't use those stools to sit on when cooking - like her, I have to stand up to give my arms enough 'push' to cook.

Red gooseberries are another thing the Victorians loved, and these are now coming in to season. We do grow them in Britain, particularly in old vegetable gardens, but because we have 'forgotten' about them, many are now imported from the Netherlands.

They are much sweeter than the green variety, so why not serve them as an unusual pudding all on their own?
Buy about 1/2 to 1 punnet per person. Wash the fruit, 'top and tail' them (pinching off the stalk and the black calyx), and serve on a pretty plate.
If I am feeling really grand I decorate the plate with mint or other leaves - then eat the gooseberries with your fingers!
Enjoy!
Tagged:
0 · Share on FacebookShare on Twitter