Won my tribunal BUT — Scope | Disability forum
Find out how to let us know if you're concerned about another member's safety.
Read our community guidelines and our community house rules.

Won my tribunal BUT 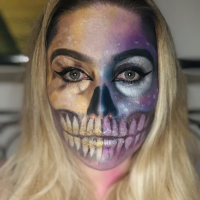 StephanieMaria Member Posts: 11 Listener
November 2017 in PIP, DLA, and AA
I won my tribunal on 18/10/2017 and I’m owed arrears dated back to August 2016, however, my representative has advised me that DWP may not pay out and that they could also contest the decision. Ive been reassured that I had seen the best judge I could’ve and if DWP challenge the decision, he will be extremely thorough with his reasoning.

I honestly thought that winning my case would be the end of all this stress, it just makes me
feel more poorly and to make matters worse, this week I’ve noticed that I’m loosing more hair that what’s considered normal and have a bald patch. I just want this all to be over and pay off my credit accounts that I’ve depended on since my
payments stopped.
0 · Share on FacebookShare on Twitter