Living a wild life with mild Cerebral Palsy — Scope | Disability forum
Find out how to let us know if you're concerned about another member's safety.
Read our community guidelines and our community house rules.

My name is Jennie Gillies. I am 24 years old. I live in Ontario Canada and I have mild spastic diplegia Cerebral Palsy. I was diagnosed when I was 2 years old. I love dying my hair bright colours, dogs, the ocean, and the beach. I have multiple tattoos and I love to travel. I have a bachelor’s Degree in both Community Economic Social Development and Political Science. My dream is to live on the ocean with a rescue puppy and write poetry.

I am 24 years old. I was born 2 months and 10 days premature. I was 2lbs and 14 oz. I was a peanut. My hand fit on my Mom’s thumb like a treefrog’s. Once I got home from the hospital and the fear that I was going to die at any given minute had subsided, infant development testing began. I saw an occupational therapist, a physiotherapist, a speech pathologist, and I underwent hearing and sight tests to make sure everything was up to snuff with me. Being that I was so premature and underweight, the health care team wanted to ensure that I was developing at the rate I should have been. Fortunately, I hit all the milestones with flying colours and it was determined that according to my results that I should lead a “normal” life. 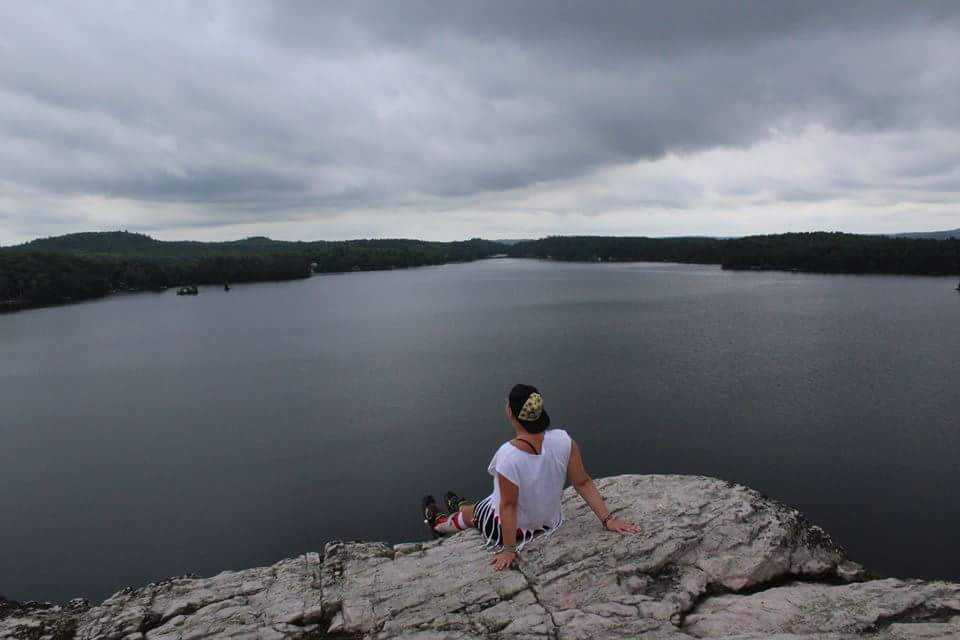 Flash forward to me approaching the age of two and still being unable to walk. According to my Mom I was happy to crawl to the coffee table or the couch and pull myself up and just stand there and smile at her. I couldn't be persuaded to even take a step away from the table no matter what snacks she or anyone else she persuaded me to walk with. After much concern and some encouragement from other mom friends she decided to head to our local children's rehabilitation centre in search of some help. By the time I turned 2, I was diagnosed with spastic diplegia Cerebral Palsy and fitted with an ankle foot orthosis (AFO) to help me on my way to walking. I finally picked up the skill of walking, much after my peers and I led a life doing my absolute damnedest keeping up to them for the years to follow. The hearing tests, occupational therapists faded away as they realized my development was much more promising than anticipated when I was initially diagnosed. I continued to see my physiotherapist regularly to improve my strength and mobility in my legs. My mom was a firm believer in the fact that I had the same abilities as my friends and other kids my age so I took karate, I did a local therapeutic ride program at a stable, I swam, I played uninhibited aside from the occasional pinch from my AFO and fortunately continued to get stronger and more independent the more I did.

The local rehabilitation centre that worked with me from infancy until I was 18, worked with a Neurologist who was based out of Toronto but was flown in to see patients in Northern Ontario every few months to check in on us. During those appointments, my mom and I had the chance to ask him any questions we had or discuss treatment options for anything that came up between his visits. Due to the fact that I was so highly functioning both physically and cognitively, our visits were often just a quick check in, nothing major noted, get out. I'm not complaining about such seamless appointments, it just has occurred to me in recent months that I was often treated as an able-bodied patient in the eyes of my mom, and my healthcare team, which in hindsight has been somewhat at a disadvantage to me. But wasn't being as able bodied as possible the goal of the AFO and multiple therapies? I know, but hear me out. I didn’t grow up around anyone else who had Cerebral Palsy so I couldn’t ask anyone who was in a similar situation to me about their experiences.

As I got older I started to wonder what my sex life and possibly starting a family would be like as a woman with mobility and flexibility issues, but by the time I got curious enough I had already aged out of the children's rehabilitation centre and was my own for discovering. I got my first tattoo at 18 and had no idea that I would be the twitchiest client out there. I know my CP is spastic, but still. I often think that due to the slightness in the severity of my CP, I was often left in the grey area of having a disability. I had capabilities that my doctors never thought to address because they are trained to deal with disorders in a manner that focuses on improving a patient's quality of life that, to a certain point, I had already surpassed on my own.

Is there anyone else out there who wishes they could ask about experiences they might not have had yet but are curious about?