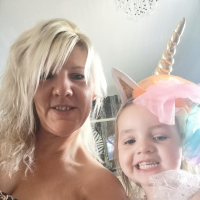 theresa73 Member Posts: 25 Connected
April 2018 edited April 2018 in PIP, DLA and AA
Hi. My SON has ADHD anxiety and paranoia and is 19  sees a psychologist every 6 months but has only seen her once si far. He has just had his assessment and his PIP which he has had since he has been 7 has been receiving high PIP and low mobility . But now he receives nothing.  Why do they make it so hard to have to try and prove mental health.  I have my own disabilities and can't be doing with the stress of this.