ESA stopped — Scope | Disability forum
Find out how to let us know if you're concerned about another member's safety.
Read our community guidelines and our community house rules. 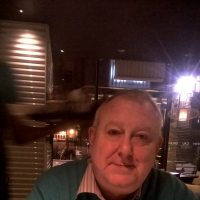 dkb123 Member Posts: 126 Pioneering
June 2018 edited July 2018 in Employment and Support Allowance (ESA)
My esa has stopped on the 15th January 2018, I received no notification at all ,
On The  3rd Feb I had a letter saying I Was due a repayment of arrears ,but it would not be paid due to the fact they were checking if I was really due to it
On the 14th March another letter saying they could pay me a slightly higher rate per week up until the 16th Jan the last line say we can't pay you the benefit anymore because the law does not allow us to, I didn't think this was strange because I get this kind of letter all the time due to my partner working casual work all the time with no fixed pattern
On the 6th of March they sent me a work Capability assessment form which I completed and sent in on time  , I started to worry things were not right and I wrote to them on the 20 April with no response or to my 3 telephone calls which I waited over an hour but no reply,
Then I received a P45  dated 15th Jan 2018,
I sent another letter and still nothing
My partner when to the jobcenter and applied for JSA but was turned away ,because he was part of my ESA claim, and as an , aside they said your partner is working ,
I have been disabled for over 10 years and claim PIP standard rate for both  and a 2 Heart attacks so I was very surprised at this news
It turns out that I was supposed to attend a compliance interview on the 10th Jan, which I knew nothing about , The CAB say go to and see a solicitor , so I have and when I could find one they wanted £250 per Hour which I have not got ,so they said legal aid is available for criminal cases but no one has said anything about this or charges ,
so I complain to my MP who never responds, so what do I do , no one is responding ,answering calls or replying to letters ,  it's too costly to take legal action and the advice agencies in my area just say its too complicated to deal with
0 · Share on FacebookShare on Twitter
«12»