Mental health fibs — Scope | Disability forum
If we become concerned about you or anyone else while using one of our services, we will act in line with our safeguarding policy and procedures. This may involve sharing this information with relevant authorities to ensure we comply with our policies and legal obligations. 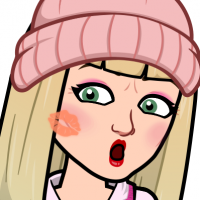 littleruthie123 Member Posts: 495 Pioneering
July 2018 in PIP, DLA, and AA
Hi I received my assessment forms .points wise it's looking good .but only if dwp agree of course .she was truthful and fair .but nothing for my mental health  this really gets me as I no how much I see assesers doing it in general. I have bad depression anxiety complex p.t.s.d. and some agraphobia. I guess it's the principle I don't get .she quickly asked me 5 mins as she was leaving almost like shed forgotten.can you leave feedback somehow as just don't feel it's fair .it's not about the points as such
2 · Share on FacebookShare on Twitter