PIP forms filled in sent back 17/7. DWP says not received. — Scope | Disability forum
Find out how to let us know if you're concerned about another member's safety.
Read our community guidelines and our community house rules.

PIP forms filled in sent back 17/7. DWP says not received. 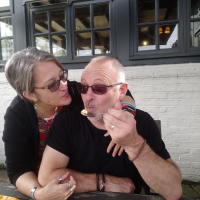 New to all this, I have  Menieres Disease, possible Lupus, and other Auto Immune, ongoing hearing losses, bilateral hearing aids and anxiety and depression, and balance issues, applied for PIP and received forms 16/7/18 and posted off 17/7 securely tracked and signed for there on 18/7/18. I assumed being processed all this time, now 2/8/18.

Wrong! Today I received a letter saying they haventh received anything? And I have until the 6/8/18,  So I rang, explained and they have received it,  tracked it did arrive 18/7/18.

Now an investigation has been opened by DWP. Could take a further 4 weeks,  I also explained I took photographs before sending forms back, with photocopied supporting documents. I could not  afford to photocopy whole form as reams of it and Rymans isn't that cheap! But did take photos on phone of everything sent and forms completed, prior to posting.

Today I received a letter saying not received anything, so I rang, explained, they  tracked my Post Office reference, and  investigated and now realised I have sent it and it was signed their end, on 18/7/18, but they cannot find it!

SO an investigation started, in the meantime  a new form pack, being sent today, and given a date extension incase it is not found!

Apparently new forms should arrive within two weeks! What a waste of time, energy and stress! Glad I sent it tracked! She said had I of just sent it in their prepaid envelope, there probably wouldn't of been a problem, I mentioned I didnt want it getting lost on route

Oh how ironic! Will keep you posted. Excuse ramble.

Politeness costs nothing, but goes a long way in life.
Always look out for each other. Be kind.
Hugs and smiles mean the world. XX
2 · Share on FacebookShare on Twitter
«123»