Chronic pain — Scope | Disability forum
Find out how to let us know if you're concerned about another member's safety.
Read our community guidelines and our community house rules. 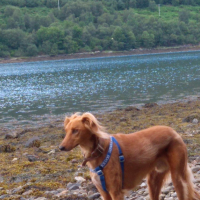 izy Member Posts: 4 Listener
February 2019 edited February 2019 in Chronic pain and pain management
Hello. I'm not very good at talking to strangers, but I suppose after you take the plunge you're not a stranger any more.

I have had chronic Crohn's Disease for 30+ years, 8 operations leading to an ileostomy. Further surgeries mean I have minimal bowel left and so although I have daily pain with Crohn's flare up and adhesions, nothing more can be done. The Crohn's affects all soft tissue including my eyes, nose, mouth and areas down under lol. (Not used to or good at talking about all this. I'm called Mrs Fine at the hospital because that's my answer to how I am. "I'm fine!) Having taken masses of medication throughout the years I now have peripheral neuropathy which affects my lower legs and my hands - most annoying. Sometimes I am wheelchair bound with it, but not too often thank goodness.

I have very low thyroid output which is strange since I bob between 6 stone and 7 stone 7.

I was prone to collapsing quite frequently since childhood which was put down to my low blood pressure, however in 2008 I collapsed and fitted and came round in the ambulance arriving at the hospital. This became frequent and after tests and scans I was diagnosed with epilepsy which they say I have had in petit mal form from the age of 4. That's what all the falling over and going into dream states was about but my mother did not allow illness in our family so I was never properly looked at.

After my joy my husband couldn't stand it, (although he had never been kept "short" in that dept if you know what I mean. I thought we were a very loving couple.) and didn't like the look of it even though I made little jazzy covers, but to cut a long and dad story short, he went off to Thailand with all the family money and even double mortgages the house and cashed in my pension by forging my signature. I This was in 2000 (Happy Millennium) and I had worked full time teaching music and IT to boys with social and mental problems.

I can't go on with this because I'm sure you are all bored to tears. I just wanted to say what I'd been through to see where I am now. I had to stop work because I had a total mental and physical breakdown. I've been up and down since then with many scenarios you wouldn't believe on Coronation Street..... BUT, I've survived!

I can't write any more and I didn't mean to write this much. I'm appalled and was going to scrub it all out, but it's down now. I'll come back to the site and see if I can help anybody with any of the experiences I've had with social worker, housing, forms, doctors, psychiatrists etc etc etc (sigh)

Bye for now. Sorry for the long message and I know I'm not half as unhealthy as many people. Maybe I can help