Singles Looking for Friends & Wanting to Meet. — Scope | Disability forum
If we become concerned about you or anyone else while using one of our services, we will act in line with our safeguarding policy and procedures. This may involve sharing this information with relevant authorities to ensure we comply with our policies and legal obligations. 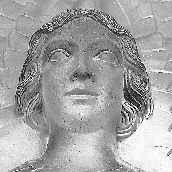 Roddy Member Posts: 406 Pioneering
March 2019 in Dating, sex, and relationships
I'm sure that there are many of you that would like to make new friends in your local area. Other's may be seeking a relationship to develop perhaps, or just another person to share hobbies & interests or an occasional time out subject to your disability issues.

It is twice as difficult for a disabled person to find a like-minded soul, and yet for all we know there may be that person living quite close to us with same desires or feelings of loneliness.

Surely, the first thing to do is to be brave and to reach out as best that you are able. Adding a few words on here would be a good move because others will follow whilst others may respond and friendships could develop.

You haven't got to write a novel to begin. Just a brief introduction about yourself, your age and the kind of person you would like to get to know for example. Your general area is all that is needed so that others can decide if a friendship is plausible or feasible. You may wish to add more or gradually reveal more about yourself and of course to ask questions and answer any person that posts...

I'm looking for such a person myself and as soon as I have thought about what I'd like to post, then I will. I hope that 'YOU' will do the same as it may put an end to being without friends & feeling lonely, and bring some joy into our lives...

Come on You singles!  Whatever your age, sex, illness or disability make Your first move and POST!