Has anyone actually been given a refund yet and how long did you wait to receive this money? 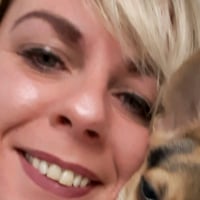 lynn1976 Member Posts: 3 Listener
April 2019 edited April 2019 in Employment and Support Allowance (ESA)
Hi
Just wondering if any1 can help me. I received a letter saying that I may be owed some backdated payments. I am disabled and have been getting esa contribution based benefit,  i am in the support group. Previously i was claiming incapacity benefit.I had a phone call today regarding a brief form I filled in a couple of weeks ago, as requested by dwp. The man from dwp said that I will be paid what I am owed within 12 weeks. I didnt think to ask how much this payment would be. The letter said they were looking at my benefits from 2013 up until now. I am still currently receiving contribution based esa. Has any1 actually been given a refund yet and how long did you wait to receive this money?