PIP MR Rejected — Scope | Disability forum
If we become concerned about you or anyone else while using one of our services, we will act in line with our safeguarding policy and procedures. This may involve sharing this information with relevant authorities to ensure we comply with our policies and legal obligations. 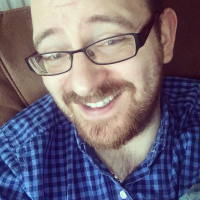 for those is who don’t know; I have cystic shadowing on my lungs resulting in breathlessness when walking at all. I also have anxiety (treated with CBT) and dyslexia. I also have ASC but this is currently undiagnosed.

I have had my pip claim rejected at MR stage as I don’t receive medication for my anxiety and there was no breathlessness observed by the assessor despite her putting in the report that “breathing returned to normal after using an inhaler”. They’ve referred to my IAPT prognosis letters as “appointment” letters and also have disregarded any medical
evidence I’ve sent them regarding the condition of my lungs. I’m at a bit of a loss; and wondering if it’s worth my time applying to appeal (im thinking I should speak to the CAB about this).