experiences — Scope | Disability forum
If we become concerned about you or anyone else while using one of our services, we will act in line with our safeguarding policy and procedures. This may involve sharing this information with relevant authorities to ensure we comply with our policies and legal obligations. 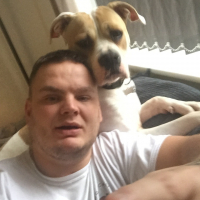 mrconspicuous Member Posts: 26 Connected
April 2020 in PIP, DLA, and AA
I would like to hear from people who have started from the bottom ie volunteering & the path that followed to where they are now.
0 · Share on FacebookShare on Twitter