My last job — Scope | Disability forum
If we become concerned about you or anyone else while using one of our services, we will act in line with our safeguarding policy and procedures. This may involve sharing this information with relevant authorities to ensure we comply with our policies and legal obligations. 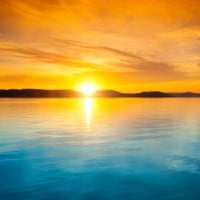 Awesomelorenzo Member Posts: 114 Connected
July 2020 in Disability rights and campaigning
At my last job, the owner really didn't understand much at all.
I had two panic attacks there and she did not get it at all. The first time, I wasn't well(Cold, couldn't talk) And I had to be there all day(7-6)
I told my manager that I wasn't well and she dismissed me. By this point I was feeling really **** and I asked if she could get agency in so I could go home. She dismissed me again, which resulted in a humiliating panic attack.
So she agreed to phone the owner to see if she could get an agency and all that. I went home.

Next day, I was fine. I was only in for a bit anyway and the owner took me aside and started interogatting me about what happened. I told her it was a panic attack and she bascially asked, "What is that?" So I explained it to her and she just stared at me like I was making it up. (Maybe Indians don't have panic attacks, I don't know)
She then went on to tell me that I need medicine for it(It had happened once in like 4 months.) And to fill in an illness form. She never gave me this form.  Also she kept going, "Did anyone see you?" She said this about 5 times. And I said No. Even if a parent had seen me crying, they would've probably cared more than her. She told the other person who I was with, who actually understood it more than the owner did.

Fast forward a few months, we were closing down and I was really stressed. I had a panic attack and my really nice manager told me to go to the doctors to check I was okay. The doctor knew me and basically said I was okay. I went back to the nursery and my manager told me that the owner said I should take my medicine. Like I said, I'm not medicated.

I told her I didn't have any and there was a massive discussion in the kitchen about me. In short I stayed there all day and we had a laugh about it at the end. The owner seriously din't get how much stress we were all under.
0 · Share on FacebookShare on Twitter