PTSD — Scope | Disability forum
If we become concerned about you or anyone else while using one of our services, we will act in line with our safeguarding policy and procedures. This may involve sharing this information with relevant authorities to ensure we comply with our policies and legal obligations. 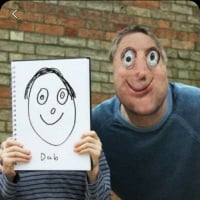 male45 Member Posts: 312 Pioneering
August 2020 in Mental health and wellbeing
I've started this discussion for anyone who suffers from PTSD ONLY.
Would you care to share your experience of PTSD and maybe share how your PTSD began?

I am a PTSD sufferer. I say sufferer because I am still experiencing PTSD and not a survivor of it.
Others may argue that I am a survivor but in my mind I do not feel I am.
I was diagnosed with it along with other illnesses after I left work. I had no choice to leave i was paid off on recommendation of the firms doctor.
Over time mightmares began and wakening up in cold sweats, some nights screaming and punching out. I slept on a single bed after that for awhile before returning to my own bed, I didnt want to accidently punch my wife..
I had counselling and thought that isnit all over and done with..But i was wrong. A few weeks went by and the nightmares began. Over and over and over.
It was recommended I should go to a special organisation that helps with people who have been injured physically or physcologicaly in The Troubles.
It was good to be around others who either lost a loved one or were injured in some way also.
I would attend once weekly for over a year. And after that they would keep in touch and I was always welcome to go back anytime.
Nightmares stopped but only for a short time and since then they have returned worse than before. I'm remembering more and more almost daily.
Sometimes they are so severe i don't want to go to sleep at all..
I sit up on bed just listening to the world go by outside then the silence and darkness. Then I waken with the visions and cold sweats and have to get out of bed and sit on a chair in living room.
My cat will come sit on my knee grooming my hand then himself and fall asleep with his head on my hand. This helps me relax and before I know it, it is morning and I'm exhausted.
This is how I live daily.
I truly believe no one can understand what sufferers of PTSD go through unless they have PTSD or experienced it in their lifetime.
Counselling is fine but very regimental with the same phrasing of questions or comments. Eg  "how did that make you feel"

So thats me with PTSD

I've heard all the supportive phrases and comments before from counselling  and support lines and even joined one of those organisations and have been trained to help others and undertook extra training amd counselling courses and mental health first aid to name but a few degrees and certs I have.
But yet my nightmares continue. I guess I dont want to let go of them who knows.
I have helped hundreds maybe a thousand people I've lost count but can't help myself.
Someone might ask me ...how I feel about typing about it or talking about it and so on...im OK to type or talk about it as you can see.

So now whoever reads this and has PTSD would you care to share?