Ready to move but how to get an accessible home? — Scope | Disability forum
Find out how to let us know if you're concerned about another member's safety.
Read our community guidelines and our community house rules.

Ready to move but how to get an accessible home? 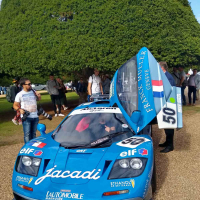 PeterPan_2020 Member Posts: 4 Listener
December 2020 edited December 2020 in Housing, transport, and independent living
My home does not suit my needs now and I am looking to move to Lewisham in London closer to work but found no suitable accessible home or flat. Where is the best place to find an accessible home?