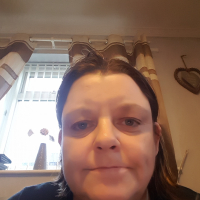 chunky8217 Member Posts: 11 Connected
October 2018 edited October 2018 in PIP, DLA and AA
hi there i am struggling to keep up with it all if im honest..my claim for pip started july 2017 i suffer pvd and i have depression and anxiety .I have been refused pip been to the dreaded assesment where i can prove some of her lies..its caused me alot more anxiety than normal and dont go out as i suffer incontinence i wet myself at least once a day..my daughter helps me dress and even my 8 yr old ..well after 3 made appointments for my assesment first to birmingham 2nd was an home visit which the person didnt turn up ..then they finally sent me to derby..the assessor was a complete liar and didnt write half down ..she asked if i felt suicidal and i said not right now and broke down crying.Im currently in termoil and feel im not getting anywhere . I am currently awaiting tribunal and in my 25th week av rang today and they said i have another 20 more weeks to wait i dont know if can go another 20 weeks am stressing like mad x
1 · Share on FacebookShare on Twitter