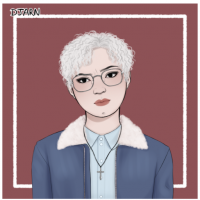 NotCoping Member Posts: 12 Connected
April 15 edited May 18 in Carer's allowance
Please please can somebody help me? (There is no discussion section for Pension Credit so I had to choose something, so I hope there will be a response.)
Two weeks ago I got a shocking letter from the DWP saying they need me to repay £1,700 for what they claim is overpaid Pension Credit. Some of the figures they used are clearly wrong. I have tried and tried to contact them - phone calls, and last week I sent two letters by registered mail, but still no response. I now have two weeks before they force the repayment, and I am frantic.
I suffer badly with depression and anxiety and this is making me ill. I don't know where to turn. If only the DWP would contact me I could show them their error.
I was told on the first call that they would contact me within 10 days. This was over the Easter weekend so of course I had to discount five days as not "working days". Then I phoned again and was told they would phone me in five days. Still nothing.
Every day is a nightmare, waiting to hear from them. I would send them a packet of documentation, but I feel it's time and money wasted until I know who to send it to.
Their letter had NO return address, just the website, and the only phone number they gave was for "arranging to repay". I have searched online, all the usual websites and the Citizen's Advice websites. There are so many different addresses and phone numbers! It's anybody's guess where to write or call. I'm at my wit's end now. Please can someone help me?
Tagged:
0 · Share on FacebookShare on Twitter