Navigating through lockdown — Scope | Disability forum
Find out how to let us know if you're concerned about another member's safety.
Read our community guidelines and our community house rules. 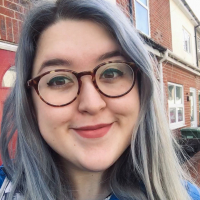 I’ve been shielding with my boyfriend for around 10 weeks now. I have a condition called EGPA, which is a type of vasculitis, and my boyfriend has Ulcerative Colitis. These are both autoimmune conditions which make us vulnerable to illness. As a result, we have had to live in the strictest conditions to avoid contracting the virus.

What has lockdown meant for us?

We haven’t been able to go outside, not even for food shopping or to see anyone outside of our household. As a result, we’ve had to rely on supermarket deliveries, the kindness of friends and even strangers to bring us essential supplies. Whenever we bring something into the house, we must fully disinfect it and wash our hands regularly.

It has been hard, but we are both incredibly privileged and recognise this daily. We are both in full-time employment which enables us to pay our rent and bills, and we're lucky to live in a flat with a garden. Fortunately, no one close to us has died from the virus, which is an unbelievable relief that thousands of people over the country do not share.

Daily briefings in the early stages focused on the healthy and the elderly, but not the 14 million disabled people in the UK. As a disabled person, it’s not unusual to feel disregarded or ignored. You just have to look at the inaccessible PIP assessment or the general lack of accessible infrastructure to know this. However, this lack of acknowledgement was particularly scary when the pandemic hit.

Identifying who is vulnerable

Vulnerable people were told by the government that they would get a letter from the NHS, but there was no actual definition. It was also implied in early briefings that Public Health had an automatic button that would let the UK’s vulnerable population know what to do all at the same time.

Letters have been received in drips and drabs. Some have received the official letter from Public Health, and others have had a letter from their GP.

Neither my boyfriend or I received one by the deadline, and the instructions in this case were to contact our GP. Our GP told us they knew nothing about it. I then rang the hospital department managing my care who said I was the highest risk possible.

Some departments over the country, including mine, sent out a generic letter to patients which asked us to measure our level of vulnerability using a table of categories. If we fit into certain categories, we were to shield for 12 weeks. The problem was that these categories were generally vague and unclear which made it impossible for people with comorbidities to work out how to protect themselves. 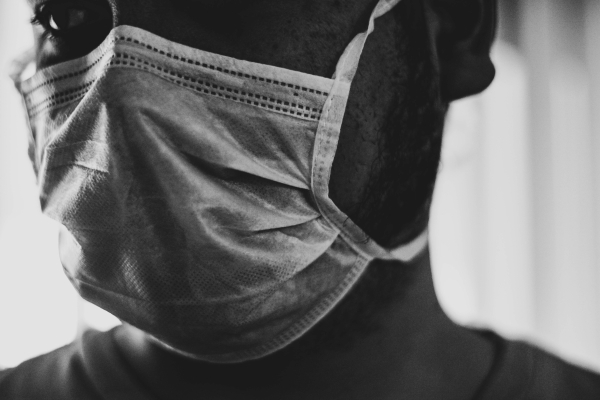 I’ve felt frightened, frustrated, grateful, lucky, and upset all at the same time.

I’ve been terrified of my boyfriend contracting the virus. But I’ve had more faith he would get through it than if I were to catch it.

Firstly, I have lung damage and live with asthma which makes a severe respiratory threat incredibly real. Secondly, I have a compromised immune system which can’t fight infection like a healthy person can. Also, I have read stories of people with historic lung problems being refused ventilators. It was not hard to imagine myself being in that position.

There were numerous stories of healthcare professionals having to choose who would qualify for a ventilator and who would not. It was heart-breaking to read. To imagine the pain that patients, families and doctors went through due to a complete lack of resources is inconceivable.

I have felt rage and frustration. It infuriates me when they say we have avoided a catastrophe, as if the UK does not have the second worst fatality rate in the world at the time of writing.

I feel devastated that so many people have lost their jobs and their lives.

If I could send one message to people now, it would be to please stay home. If you can go to the shops, go for walks or exercise outdoors, please do so carefully. Every time you join a group of people or break lockdown rules you are forcing vulnerable people to shield for longer. Not everyone has access to a garden, a job, an income or help.

How has lockdown been for you? Have you been able to access the support you need? What do you look forward to? Let us know in the comments below!