I'm just wondering what I should do? — Scope | Disability forum

I'm just wondering what I should do? 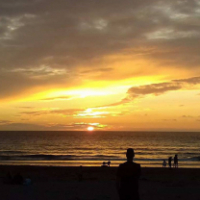 I signed up to this site as I'm wondering what I should do and what avenues to take in regards of benefits ect. I left University in July of last year with a 2:2 in Music, I took 5 years doing a 3 year course because of depression, social anxiety and agoraphobia which put the brakes on getting a higher grade. Ever since I left, I've been living with and off of my mother, I'm 29 years old (I was a late bloomer at Music, I was a footballer originally) and I've reverted back to the depression, agoraphobia and I cannot communicate with people other than my Mother and Brother who lives not far off, this has been going on since I left Uni and even at Uni was inept socially, due to my breaks had to change classes which ostracised myself more so. So this has been going on for the last year and a half and I've paid my way via the Student Loan/Grant.

I'm scared to go the doctors because it's hard enough communicating, I run up the stairs whenever the postman is posting a letter or when the phone goes off. I'm wondering if I were to go down the Benefit route what would I be entitled to and how to do I communicate with people in such places when I can't talk to people face to face. So I'm physically able, I can walk, do chores ect, use the Computer, I just have massive social interaction issues, social anxiety, depression and agoraphobia (I was assessed by Outlook South West in 2015).

I'm sorry to take up your time and all the best.
Jason (Not Tatsuro, a username of a favourite Japanese Musician)
0 · Share on FacebookShare on Twitter