Safe sex problems — Scope | Disability forum
If we become concerned about you or anyone else while using one of our services, we will act in line with our safeguarding policy and procedures. This may involve sharing this information with relevant authorities to ensure we comply with our policies and legal obligations. 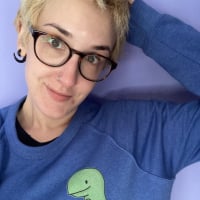 CollyoftheWobbles Member Posts: 18 Courageous
October 2018 in Dating, sex, and relationships
Hi,
I’m 32 and I have EDS (Elhers Danlos Hypermobility) and HyperSensitivities. Over the years I’ve found penatrative sex difficult as I react badly to many, if not all Condoms.
I have switched to latex free and then found I was getting problems with the lube used on certain condoms. I have now been through 5 different brands and am still having trouble. They are causing a great deal of pain and swelling.
Can you reccomend anything, so that I can have sex safely?
Thank you.
0 · Share on FacebookShare on Twitter