I've got Asperger's syndrome and epilepsy — Scope | Disability forum
Find out how to let us know if you're concerned about another member's safety.
Read our community guidelines and our community house rules.

I've got Asperger's syndrome and epilepsy 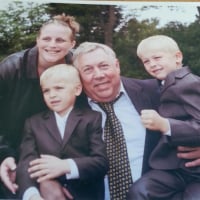 Funkimunki17 Member Posts: 24 Listener
March 2019 edited April 2019 in PIP, DLA, and AA
I've got both epilepsy and Asperger's syndrome, which I have had all my life. I feel that when I went to the tribunal, the doctor tried to say that if you're on medication for epilepsy then you can't have sezuire at all.
In regards to my Asperger's syndrome, I found it very hard to keep calm while I was in the tribunal due to the amount of pressure the doctor was putting me under.
Would this be classed as discrimination against people who have these conditions?