Lost PIP — Scope | Disability forum
If we become concerned about you or anyone else while using one of our services, we will act in line with our safeguarding policy and procedures. This may involve sharing this information with relevant authorities to ensure we comply with our policies and legal obligations. 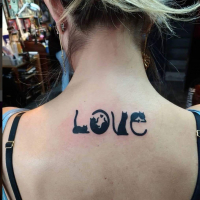 cats693 Member Posts: 17 Connected
July 2021 in PIP, DLA, and AA
I have Agrophobia since 1979 and over the years  had managed a part time job as a receptionist in a GPS surgery,  most of those years  I had been claiming PIP  admittedly,  having to use tribunal to get it, but since 2017? I diagnosed with Fibromyalgia, and up to March 19th this year I was still in receipt of PIP, but on the 20th I was no longer getting it.  I've had to renew like a new claimant, and they refused me!  I'm just getting tired of having to fight fir this little extra help!??‍♀️  I'm waiting to hear from Mt Mandatory Reconsideration, but  I fear I will be refused again.  Their report maid it sound as I am good to go and do anything!??‍♀️ but the truth is, I can't  thats why I had to leave my job as I was unable to cope with the stress of the pressure  a job I help down for 17 years. And I can only drive  to familiar places  which are about 4 miles from home,  otherwise,  I need somebody with me or I have panic attacks.
I'm so broke at the moment  the stress is getting to me. What do I  have to do to keep this from happening each  time?  These are not conditions that will disappear.???
0 · Share on FacebookShare on Twitter