Hi, I’m Megan! — Scope | Disability forum
If we become concerned about you or anyone else while using one of our services, we will act in line with our safeguarding policy and procedures. This may involve sharing this information with relevant authorities to ensure we comply with our policies and legal obligations. 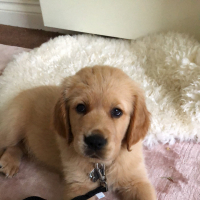 MeganBear Member Posts: 7 Connected
November 2019 in Start here and say hello!
Hi I’m Megan and I have an undiagnosed physical and cognitive disability. I have two rabbits and a golden retriever puppy who me and my mum are training to be my assistance dog!
Nice to meet you all